ABC’s longest active prime-time television show has recently been renewed for it’s 15th season. This is historical territory for ABC network. This is quite an accomplishment for Grey’s Anatomy as well as they are now set to match ER’s record for the longest medical drama series. To get to 15 seasons, shake-ups in the cast are certain to happen and we have a rumored three cast members leaving by the season’s end. 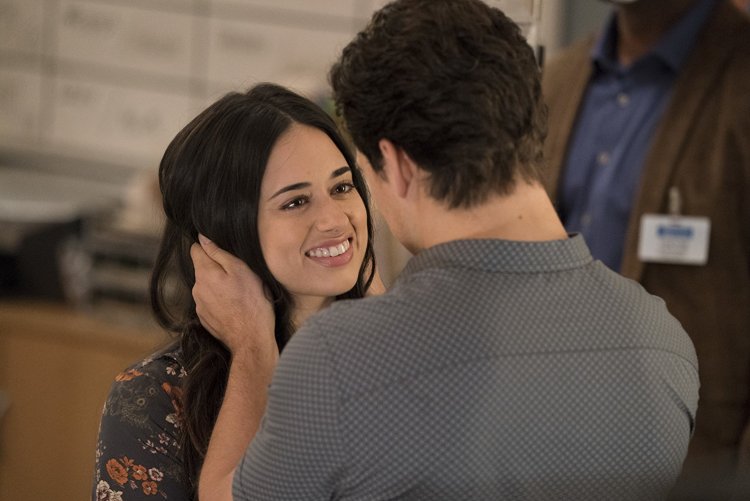 On episode 19, Dr. Sam Bello was written off the show by way of threatened deportation. Meredith Grey pulled some strings with Christina Yang to get Bello set up at her hospital overseas so that she could keep practicing medicine. It was completely random for those of you who don’t follow Jeanine Mason’s career, but she recently got a role on an upcoming show called Roswell.

The other two departures coming this season will be April Kepner (Sarah Drew) and Arizona Robbins (Jessica Capshaw). Their upcoming departures were made public mid-season and stated as creative decisions. It will be very interesting to see exactly how they choose to write both of them off the show. No matter how they do it, it will be sad to see them go after staples for the show for so long. Anywho, cheers to season 15 Grey’s Anatomy and staff. Congratulations.

Today, in the midst of scheduled mania of #scandal series finale, two beautifully talented women filmed their last scenes at #greysanatomy. Having these things happen at the same time is almost impossible to process. I need to devote a whole day just t… https://t.co/nZZThK0LbO pic.twitter.com/hZIB2O3jzK